How do scientific theories represent the world? The semantic view reconsidered.

Before to wonder whether scientific theories are correct description of reality, or if they only "save the phenomena", one should better be clear about what scientific theories are, and how they are confronted to experience. In this post, I discuss the so-called "semantic conception of theories", then I present my own synthesis of how theories and their empirical confrontation should be construed, and in a final note, I give some very general options on how theories would represent reality.

The received view and the semantic view

Logical empiricists viewed scientific theories as sets of statements about the world. They thought that these statements could eventually be analysed logically, and that it would throw light on how exactly they relate to experience. The insurmountable difficulties of this project are all too well known, and this way of conceiving scientific theories came out of fashion for good reasons--but for bad ones as well (for example, it is often said that logical empiricists limited themselves to first-order logic, which is not true). For a recent review, I recommend this article by Lutz.

Nowadays, it is common to think of theories as sets of models rather than as sets of statements: this is the semantic conception of theories, first championed by Suppe, Suppes, then van Fraassen and many more.

The notion of model involved draws from Tarski's: roughly, a model is a mathematical structure of which some elements (objects, properties, relations) are mapped to a vocabulary (names, n-ary predicates). Tarski proposed a neat way of telling when a logical statement expressed with this vocabulary is "true in the model", or equivalently, when the model acts as a "truth-maker" of a logical statement. In this sense, a physical model as used by scientists, for example a model of the solar system in newtonian physics, is a truth-maker of the laws of the theory: its elements (the planets, forces, ...) respect the laws of Newton. At least when we forget about the idealisations involved (we neglect the attraction of planets on each other), the mathematical approximations, and the fact that some models in physics are built from different, incompatible theories (a quantum system in a newtonian environment).

The adherents of the semantic conception put emphasis on the fact that it is models, not theoretical axioms, that are used to represent various domains of the world, and are confronted to experience. They suggest we forget about the axioms and focus on the models instead. Structuralists, in particular, think that models is the good unit of representation to address questions such as the relation of theories to reality, or inter-theoretic relations, without getting stuck in the mud with all the complex issues in philosophy of language, as logical empiricist did with their statement view. They think we should replace the traditional semantic notions of reference and correspondence with mathematical notions that apply well to models, such as that of (partial) isomorphism.

There are more or less radical versions of this position. To temperate the most radical readings that we could make of it, let me note these points:

So, what is a theory? 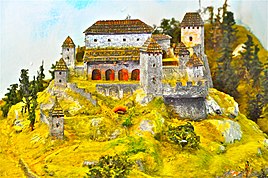 Having said that, it's true that models play an important role in science, and that they were unfairly neglected by logical empiricists. They can be conceived of, I think, as mediators between the theory and experience (in line with Cartwright and Suarez). As I view it, physical theories and their empirical confrontation can be construed in this way:

The core of the theory
It is constituted of a theoretical vocabulary ("electron", "mass"), a set of mathematical structures (phase spaces...), and a set of laws and rules. All theories are not strictly axiomatised, but at least it seems to be a desiderata of scientists to have something relatively consistent and systematic that could, in principle, be axiomatised. Quantum field theory, for example, is generally considered unsatisfactory (it is an "effective theory") because it requires normalisation techniques.
The models
They are built from the elements above (compare the laws of Newton and a Newtonian model of the solar system). They are particular mathematical structures interpreted in the language of the theory, that respect its laws. They are intended for representing domains of reality: not necessarily particular concrete objects, but rather types of objects or situations (an electron in an electromagnetic field). Pragmatic aspects are involved in their construction: tacit assumptions, idealisations, mathematical approximations, domain-specific hypothesis, "observation laws"...
The mapping to experience
"Empirical" constituents in our models are mapped to objective aspects of concrete experimental situations. They are: the type of system described, its initial states, how it interacts with its environment, how it is measured. For example, dynamical variables are mapped to specific measuring apparatus in the referential of a laboratory, to which we refer by ostentation. Sometimes, the situation is artificially created to fit a model that we want to test (EPR experiments). Sometimes, we build a model to fit a natural situation (models in cosmology). In any case, adjustments can be involved between the model and the experimental situation in both directions (calibration, ...). This is a very complex process, that, again, involves a lot of pragmatic aspects: theoretical assumptions, practical knowledge, contextual factors... It is illusory to think that this step could be completely regimented into rules expressed in a theory-neutral observational language, as logical empiricists wished. Experimenters don't use a neutral language. Rather, we should view it as a direct transcription of our experience (perceptions and manipulations) into the language of the theory. This is where issues in the philosophy of language could be involved. But as the philosophy of experimentation seems to indicate, this transcription is relatively robust and consensual, even among scientists who believe different hypothesis or theories (and when it's not, it's thoroughly discussed by scientists! See this article by Franklin for example).
Experimental data
It is used to build data models, which are compared to the predictions of our theoretical models (using statistical techniques, and the mapping from the previous step). If they do not correspond, something went wrong in one of the step above: we should review each of them minutely, generally in the reverse order (contextual assumptions, then domain-specific assumptions--the core of the theory is the last thing we would revise, if at all).

Now we have a schematic view of how scientific theories are confronted to experiment. It's quite remote from what logical empiricists had in mind in certain respects, and models play a central role indeed: a lot of what I presented was actually first highlighted by proponents of the semantic view. But that doesn't mean that the core of the theory is not important, or that it could be simply replaced by a "collection of models".

So, how do theories represent reality? 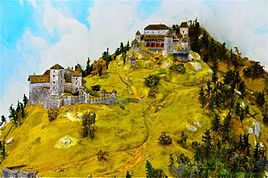 But that's only the starting point. What should we do next? We do not want to focus on particular models that apply to specific domains. We are looking for the big picture, aren't we? For a realist, the fact that theories are confronted through various models should be rather troubling. What is it to say that a theory is a correct description of the world, if a theory never provides a single, unified description of the universe, but rather several descriptions of different types of situations?

At this point I think we have three options.

The first option is to stop here and adopt a "dappled world" view, as Cartwright does. Just forget about the big picture... We can only represent specific domains of reality. What seems weird is that our theories are somehow unified, despite the pragmatic aspects involved: can't we learn something from this? But that's the option we should choose if theories were really mere collections of models.

The second option is to try to get a big picture while still focusing on models only. Then what we'd need is some kind of model of the universe. We're not talking about a cosmological model here, but about a model that would encompass all our domain-specific models, from the tiniest elements in distant planets to the widest structures of the universe. Following this option, we should have this model in mind when asking the question "what the world is like?" or "what do our theories get right?".

This is a very idealised, and metaphysically loaded option, and given all the pragmatic aspects involved when models are applied to concrete situations, one might wonder if such a model could be formulated, even in principle... Some authors, such as van Fraassen, emphasise that representation is something intentional (which map of a city we should use depends on our intentions: do we want to take the public transports, or to connect electric cables to every home?). Whether this intentional aspect is relevant or not in science, it is completely eluded here.

In any case, it seems that the unifying power of theories is no more considered than in the previous option, except perhaps in that its axioms are a succinct way to describe regularities in this model of the universe (this view would fit well with the best system account of natural laws). And if not for its focus on models, this picture is not very different from that of the logical empiricists. After all, this model of the universe is a truth-maker for the theory, so the axioms of the theory (or their observational content) can be considered true statements about the world.

The third option is the one I favour: from the fact that all models of a theory are successfully applied and make good predictions, we could draw some inductive inferences about what the world is like. Here, we're not interested in what the various models tell us about various domains of experience, nor about what a single model could tell us about the whole universe. What we are after is what all particular models have in common (from specitif to more abstract ones). That doesn't mean eluding the pragmatic, or intentional aspects: they can be taken into account as well, so long as they are a general feature of empirical confrontation that can be thought of in an abstract way. But if we follow this option, I think we should take the axioms of the theory seriously, contrarily to what defenders of the semantic conception suggest, because they are the most synthetic way to express what all models have in common, an that's what we'd reach at the end of our inductive inference.

Perhaps this option would not give us a fully realist picture, especially if we take intentional aspects into account: theories would look more like frameworks for expressing facts with models, a bit like a language (grammatical rules, ...) that we use to build sentences, that are interpreted in context. They're not necessarily direct representations of reality as a whole. Maybe we can still get a realist picture from this, albeit a more abstract one than what a model of the universe would provide. In any case, we're not forced to be realists. Even an empiricist can have something like the "big picture in mind": how our theories save the phenomena in general (not only in particular types of situations), and to that extent, I think it's the right way to go. Separate models are of little interest if we do not understand what they have in common, and how they are built, and the best way to grasp what unifies all these various models is not to build a single model of the universe, but to look at the rules, principles, laws and formalism of the theory from which they were built. That's where all the core features of the theory can be found. And that's at least one thing logical empiricists got right.