Is empirical success a miracle?

In the previous post, I detailed my conception of empirical adequacy: a theory is empirically adequate if for every model of the theory, for all situations to which the model would apply, the model would make correct predictions. Depending on the range of situation we consider (situations actually experimented, actual situations we could experiment in principle...) on can derive different versions of empiricism. Modal empiricism is the view that our theories are empirically adequate for all possible situations.

In this post, I would like to explain why modal empiricism can respond to the no-miracle argument for scientific realism, and why it is not threatened by a meta-induction argument. But before that, we must examine the different kinds of induction that are involved in our definition.

There are two quantifications in our definition of empirical adequacy, and thus two corresponding levels of induction. The first quantification is over situations, and the second is over models.

An induction on all situations to which a particular model applies resemble the traditional induction discussed in epistemology. Take the famous example: "all ravens are black": schematically, we could say that it amounts to say that a particular model, whose condition of application is that there is a raven, and whose prediction is that the raven is black, is empirically adequate: for all situations to which it applies (all ravens), its prediction is correct (are black). From the observation that a model is empirically adequate for some particular situations, we would infer that it is adequate for all situations. As Hume argued, this require believing that the world is regular, but arguably, any empiricist who thinks that our theories will continue to be empirically adequate in the future should accept this.

The induction on models is a bit different. The idea is that after having examine some particular types of situations (for example, after having thrown balls from different heights, with different momentum) and observed that our theory is empirically adequate in these situations, we would infer that it will be empirically adequate for all types of situations (whatever the ball's height and momentum). We are no more inducing on an homogeneous set of situations of the same type, atributing them a specific property, but on an heterogeneous set, and the result of our induction concerns the systematic association between conditions of application and predictions that the theory entails.

If the first type of induction rests on the assumption that the world is regular, an induction on models must rest on a slightly different assumption: let us say that it is the assumption that the world is structured. This assumption is somehow akin to a criteria of theoretical unification: assuming that all models of a theory are empirically adequate amounts to assume that the same theory can be used in different domains of application (to which correspond different models), and that we won't have to resort to different, domain-specific theories.

The no-miracle argument is the argument following which the empirical success of scientific theories is in need of an explanation, and the best, or only explanation available is that our theories are true. But is it so convincing?

Not when it comes to known regularities, where induction is sufficient. If we observe many black raven, and infer that all ravens are black, a new black raven shouldn't come as a surprise, whether we have a theory of raven's blackness or not. Such a theory is probably of interest if it makes independent predictions, but if all it does is explain that all ravens are black, it is not so useful. For this reason, most authors put emphasis on novel predictions when attempting to justify scientific realism: the no-miracle argument is convincing when theories make unexpected, novel predictions that eventually prove successful. Examples often cited are the return of Halley's comet, Fresnel's bright spot, the positron, the deviation of light by massive object.

As Psillos puts it, the anti-realist who views theories as black boxes for making predictions cannot explain novel predictions:

But is it so sure? Certainly, an induction on situations of a particular kind cannot be used to infer new predictions, but an induction on models precisely allow us to infer new, unknown regularities, or connections between known regularities: they will correspond to the models that were not tested so far. The return of Halley's comet shouldn't come as a surprise, given that we know of so many celestial bodies, with different positions and momentum, that they apparently respects newtonian laws. Fresnel's bright spot shouldn't come as a surprise given that we observed how light produces interferences in such and such situations. We are merely extending the empirical adequacy of our theory to new domains, to which correspond new models.

Thus induction on models brings us closer to scientific realism (at least it shares the criteria of theoretical unification). Could we fall prey to a pessimist meta-induction argument, for this very reason? The pessimist meta-induction starts from the observation that most past theories, even those that made successful novel predictions, are now replaced by different theories, and are now considered false. By induction, we should think the same of our contemporary theories.

Applied to an induction on models, one could observe that all past theories found their limit in some domain of application (newtonian physics is not empirically adequate for black holes). So while novel predictions confirm that such induction works (generally, extending theories to new domains prove successful), pessimist meta-induction indicates that it fails at some point. 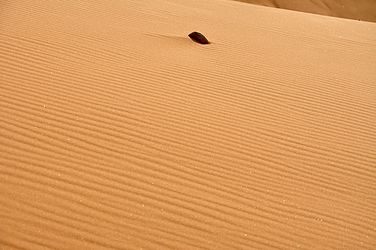 I think modal empiricism is able to respond to the no-miracle argument: the empirical success of theories when applied to new domains of experience is no miracle if we proceed to an induction on models, and while a pessimist meta-induction might limit our ambitions, it is certainly not as problematic as in the case of realism.

Note that all that I said until now merely rests on our definition of empirical adequacy: not on modal empiricism itself. However, it is not obvious that an induction on models make sense for a non-modal empiricism. Not all models of our theories apply to actual situations in the universe, so for an actual empiricist, we are not really inducing on all models, but since we do not know which models apply, we cannot induce on all models that apply either. Rather the actual empiricist should induce on situations of the actual universe directly, but since they are heterogeneous, this type of induction is problematic: our sample is not representative of all situations we will encounter. That's somehow what the no-miracle argument boils down to.

In the case of modal empiricism, things are different. Inducing on all possible situations without any conceptual tool to comprehend them would be difficult. But the models of a theory are the conceptual tools we need: each model potentially applies to some possible situations. So it is natural to induce on models of a theory first, and this set can be comprehended mathematically (we vary initial conditions, types of systems, ...). Induction on models functions like an inference toward necessity: after having tested different possible configurations, we infer that our theory will be adequate for all possible configurations--including the ones that correspond to the novel predictions of the theory.